Naval Group’s growth also depends on the economic dynamism of the naval defence sector in France. Generating more than 40,000 indirect jobs, the group is considered an essential stakeholder for the vitality of the employment areas in which it operates.

With 90% of added value created in France, and tens of thousands of indirect jobs created in its employment areas, Naval Group is a driver for France's naval industry. Its growth brings in its wake that of the entire naval defence sector, i.e. that of the suppliers and subcontractors that depend on this activity. Aware of this economic responsibility, Naval Group also demonstrates “responsible development” by creating value sustainably.

Naval Group’s impact is not limited to its direct jobs. A study conducted by the consultancy firm Utopies estimated that the total number of jobs supported by Naval Group, including direct jobs within the group, jobs created through its suppliers and subcontractors and jobs created as a knock-on effect on the back of household consumption and public expenditure, estimated at over 50,000. This same study valued the total wealth generated by Naval Group at €4.2 billion in France, including the wealth generated directly by the group, its suppliers and subcontractors and the knock-on effect of household consumption.

Naval Group's workforce, in terms of qualification and stability, is indeed above the French average. The development of "core business" jobs and activities is an aspect that is closely monitored by the group. Maintaining skills is indeed essential in Naval Group’s strategy to guarantee national sovereignty, from essential skills to the most critical skills (nuclear propulsion, diving safety, submarine architecture, aviation installations and invulnerability). Preparing the skills of tomorrow is also the group’s responsibility.

Each year, several millions of euros are invested in self-financed Research & Development, industrial research-based training agreement (CIFRE) theses and partnerships such as competitiveness clusters or technology research institutes. Through this innovation effort, Naval Group contributes to improving the competitiveness of the economic fabric.

Discover our centres of excellence

Employer, investor, and partner, Naval Group is also an important local buyer in each of its employment areas. The largest share of the added value created by the group is in France, where most of the group's sites and workforce, its subcontractors and suppliers are located. Around 85% of purchases are ordered from companies located in France, and nearly two thirds from small- and medium-sized enterprises (SMEs). With the aim of strengthening and developing the most essential suppliers on the panel, Naval Group is developing its relations with SMEs over the long term, in line with its responsible purchasing development approach.

Naval Group is actively involved in developing the region’s economic activity for the benefit of constructive relations between all stakeholders. SMEs, manufacturers and local research centres. The objective is to promote contacts, meetings and the desire for collaboration, which are drivers of sustainable innovation. Naval Group is also present at events organised by local public institutions for the promotion of emulation, creation of opportunities and exchange of ideas. The group also organises events, like Start We Up, which promotes meetings with innovative start-ups within regions. 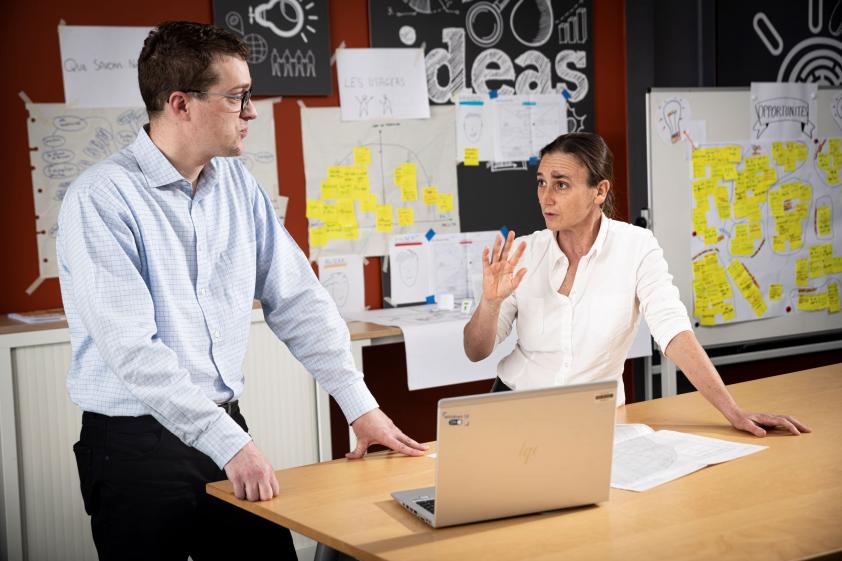 Created in 2017 under the impetus of Naval Group and the Brittany Region, the naval industries campus (Cinav) is a collaborative project bringing public and private bodies together with a common goal: organising training for trades in the naval sector in a manner that will fill the skills gap. Cinav works for industrial companies, bringing solutions to the lack of qualified labour and looking to sustainably anchor employees in the regions they are working in attentive to the sustainability of the sector's growth and its know-how. Among the flagship actions of the campus, a "Trades Ship" making promotional stopovers in many cities in France, an approach intended to navalise training and certify courses. Cinav's three main missions are to reinforce the attractiveness of the naval sector and its trades, to navalise training courses and certify them with the Cinav label, guaranteeing that training course content is adapted to needs.