On 30 November 2021, Naval Group has laid the keel for the first of the twelve mine countermeasure vessels of the Belgian-Dutch rMCM program, intended for Belgium. The keel laying ceremony took place in Concarneau, in the presence of the Belgian Chief of Defence, Admiral Michel Hofman, and the Dutch Chief of Defence, General Onno Eichelsheim.

This program was awarded in 2019 to Belgium Naval & Robotics, the consortium formed by Naval Group and ECA Group, following an international competition. It provides for the supply to the Belgian Navy and the Royal Dutch Navy of twelve mine countermeasures vessels and around a hundred drones integrated inside a toolbox that will equip the vessels.

Kership, a joint venture between Naval Group and Piriou, is in charge of the production of the twelve vessels which are assembled in Concarneau. They will be armed afloat by Piriou. Naval Group, as overall architect and prime contractor, is responsible for the design of the ships, the overall integration, and the testing and commissioning of the mission system (combat system and mine countermeasures system). ECA Group, as co-contractor, is in charge of the unmanned drones’ system. Thedrones will be produced in ECA Group workshop (Ostend, Belgium). The maintenance of the ships will be carried out in Belgium in close collaboration between the Belgian Navy and Naval Group Belgium, with the assistance of its partner Flanders Ship Repair.

The first delivery is scheduled for the end of 2024 in Zeebrugge, Belgium. Deliveries will then be staggered until 2030.

Pierre Eric Pommellet, CEO of Naval Group said:” We are very happy to be here in Concarneau to take this next step in the program with the keel laying of the first mine countermeasure vessel. This program is the result of European cooperation between Belgium and the Netherlands, in which Naval Group is proud to participate. It is also the result of a solid industrial partnership and of a commitment to competitiveness between Naval Group and ECA Group. Our teams will continue their hard work to deliver these latest generation ships, specialised in mine warfare and perfectly adapted to the operational use targeted by the Belgian and Dutch navies." 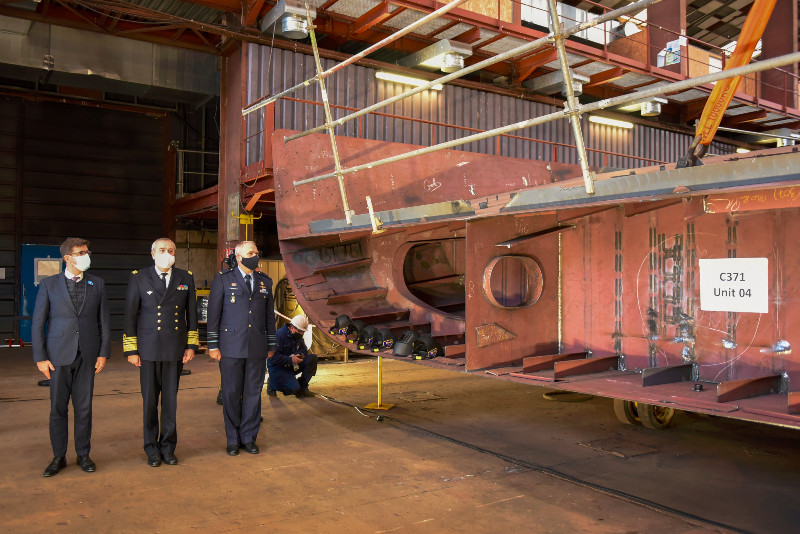 Dominique Giannoni, CEO of ECA Group said: “ECA Group is pleased to be present at this ceremony alongside its partner Naval Group. All ECA Group teams are mobilised for the success of this highly innovative program: it aims at an unprecedented level of automation of mine warfare operations, with the coordinated implementation of underwater, surface and aerial drones. In close collaboration with Naval Group teams, we are developing an integrated and optimised system to meet the requirements of our Belgian and Dutch customers.”

“In the context of mine warfare, the idea of increasing the distance between the threat and the crews is not new” announced Admiral Hofman, Belgian Chief of Defence. "In the 2015 NATO Maritime Operations study, the main shortcomings of shipborne systems were slow operation, poor mine discrimination, inability to detect buried and drifting mines, self-defence and the ability of platforms to easily project globally. It was already clear that the existing conventional platforms could not meet all these challenges. Therefore, we were looking for a reliable partner to carry out this small revolution in mine warfare.”

CPF BAM Claude Bultot, head of the program said: "The Belgian and Royal Netherlands Navy can be proud of this innovative and (r)evolutionary mine countermeasures replacement program. The ambition of this program is to become the world reference in this field.”

His Dutch counterpart, Captain (E) Sander van Luik, added: “This project is a fine example for making European defence more efficient. By drawing a common set of requirements as a starting point, Belgium and the Netherlands are able to quickly put to sea an innovative concept . Agreeing on the principals first, avoids haggling over every single design detail. This also allows us to be more flexible and adaptive. Thus, our binational team has been able to work more effective, relying on both nations’ combined expertise, working with Belgium Naval & Robotics towards a new capacity that can meet the operational challenges of the decades ahead.”

These specialised mine warfare vessels are the first to have the capability to embark and launch or fly a combination of surface drones (themselves 12-metre, 20-tonne vessels), underwater drones and aerial drones. The mine countermeasures vessels will use a fully robotic system for detection, classification and neutralisation of mines. They can withstand underwater explosions and have very low acoustic, electrical and magnetic signatures, in line with the missions to be carried out.

These mine countermeasure vessels have the following characteristics: 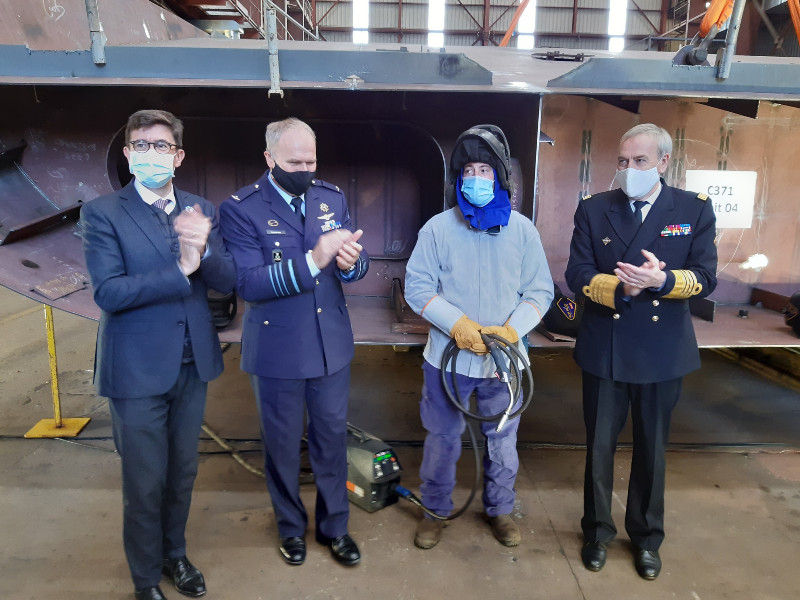 Belgium Naval & Robotics is the name of the Naval Group-ECA
Group consortium as a part of the response to the Belgian-Dutch
consultation for the replacement and initial support of their mine
warfare capability.