This programme was awarded in 2019 to Belgium Naval & Robotics, the consortium formed by Naval Group and ECA Group, following an international competition. It provides for the supply to the Belgian Navy and the Royal Netherlands Navy of twelve mine countermeasures platforms and around a hundred drones integrated inside a toolbox that will equip the vessels.

Kership, a joint venture between Naval Group and Piriou, is in charge of the production of the twelve platforms which are assembled in Concarneau and Lanester. They will be then all armed afloat by Piriou in Concarneau. Naval Group, as overall architect and prime contractor, is responsible for the design of the ships, the overall integration, and the testing and commissioning of the mission system (combat system and mine countermeasures system). ECA Group, as co-contractor, is in charge of the unmanned drones’ system. The drones will be produced in ECA Group factory (Ostend, Belgium). The maintenance of the ships will be carried out in Belgium in close collaboration between the Belgian Navy and Naval Group Belgium, with the assistance of its partner Flanders Ship Repair.

Pierre Eric Pommellet, CEO of Naval Group said: “I am very pleased to welcome our customers here in Lanester to take this new important step in the programme. The rMCM programme is a great story of cooperation between European partners, but also between industrial partners. It is also the story of a shared vision for the future of mine warfare and naval defence. Together, we are preparing the future of mine countermeasures by sharing a common game-changing defence solution”.

Dominique Giannoni, CEO of ECA Group added: “We are very happy to be present at this ceremony alongside our partner Naval Group. All ECA Group teams are mobilised for the success of this highly innovative program: it aims at an unprecedented level of automation of mine warfare operations, with the coordinated implementation of underwater, surface and aerial drones. In close collaboration with Naval Group teams, we are developing an integrated and optimised system to meet the requirements of our Belgian and Dutch customers.”

Chief of the Royal Netherlands Navy, Vice Admiral Rene Tas stresses the importance of these platforms for the future proofing of mine counter measures and therefore, the safety of (commercial) vessels at sea for the Netherlands and our NATO Partners.

These specialised mine countermeasures (MCM) platforms are the first to have the capability to embark and launch a combination of surface drones (themselves 12-metre, 20-tonne vessels), underwater drones and aerial drones. The mine countermeasures platforms will use a mainly autonomous system for detection, classification and neutralisation of mines. They can withstand underwater explosions and have very low acoustic, electrical and magnetic signatures, in line with the missions to be carried out.

These mine countermeasure platforms have the following characteristics: 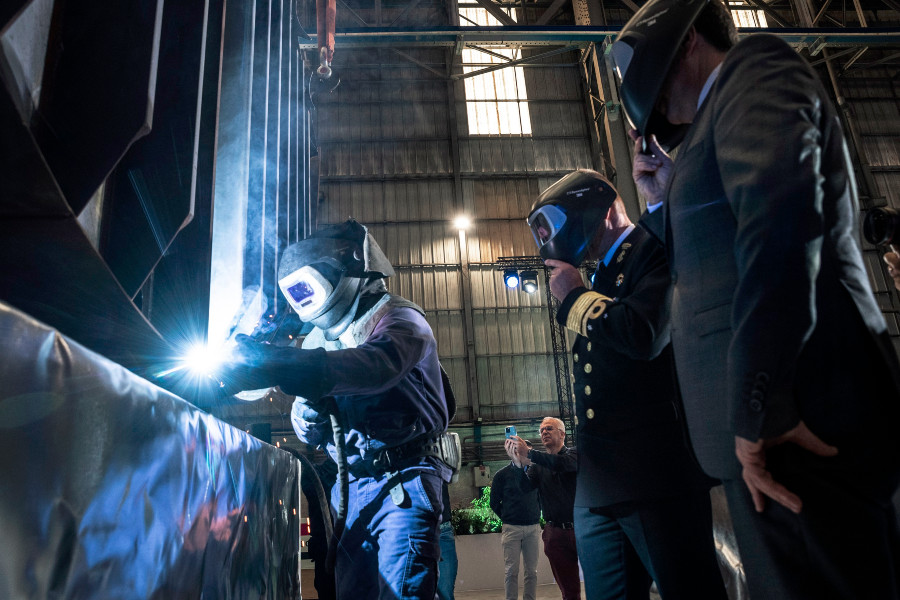