On 21st October 2022, the first block of the first FDI HN frigate (Defense and Intervention Frigate) for the Hellenic Navy was laid down in dry dock at Naval Group’s shipyard in Lorient in presence of Vice Admiral Stylianos Petrakis, Chief of Hellenic Navy General Staff. This important step marks the beginning of the assembly of the ship in the building hall.

On 24th March 2022, Greece chose to equip its naval forces with three defence and intervention frigates, plus one optional, and their in-service support. The FDI HN, designed and produced by Naval Group in Lorient, will quickly and sustainably enhance the capabilities of the Hellenic Navy's surface fleet as they will be delivered in a very short timeframe, starting in 2025 for the first two units and in 2026 for the third one.

Vice Admiral Stylianos Petrakis declared: “I am very proud that, as the Chief of the Hellenic Navy General Staff, I am attending the placement in the dry dock of the first FDI HN frigate’s first block. Our aspiration is that the FDI HN will become the spearhead of the Hellenic Fleet and will provide us with new operational capabilities in the near future. As such, the FDI HN program signals our countries will to stand together with solidarity against any threats and sets the foundations of the European defence of tomorrow.”

Olivier de la Bourdonnaye, Executive Vice President for Programs at Naval Group, said: “We are proud to be here today to mark this major milestone in the industrial production of the first defence and intervention frigate for the Hellenic Navy. These multi-role, cyber-secure and scalable ships will ensure the superiority of information, engagement and sovereignty of the Hellenic naval forces.”

A major program for the Hellenic industry

Thanks to a robust cooperation plan with the Hellenic industry (HIP, Hellenic Industry Participation Plan), the FDI HN program offers numerous industrial opportunities for Greece, creating jobs and added value in the country.

Naval Group's teams have already established numerous partnerships with Greek industrial players and signed various contracts with the Hellenic industry. Naval Group’s Hellenic Industrial Participation plan will thus contribute to the construction of the FDI HN but also to the creation of a robust naval industrial ecosystem. The structured and longterm partnership proposed by Naval Group will foster production in Greece but also the capability to address future needs.

In this regard, on the 18th of October 2022, several contracts and framework agreements were signed between Naval Group and Greek companies during Euronaval, covering Platform and Combat Systems activities.

The FDI HN features high level capabilities in all warfare domains: anti-ship, anti-air, antisubmarine and special forces projection. Its air and surface protection are ensured by the most modern sensors, including the Thales Sea Fire, the first all-digital multifunction radar with an active antenna and fixed panels.

Technical specifications of the FDI HN:

The main armaments of the FDI HN are: 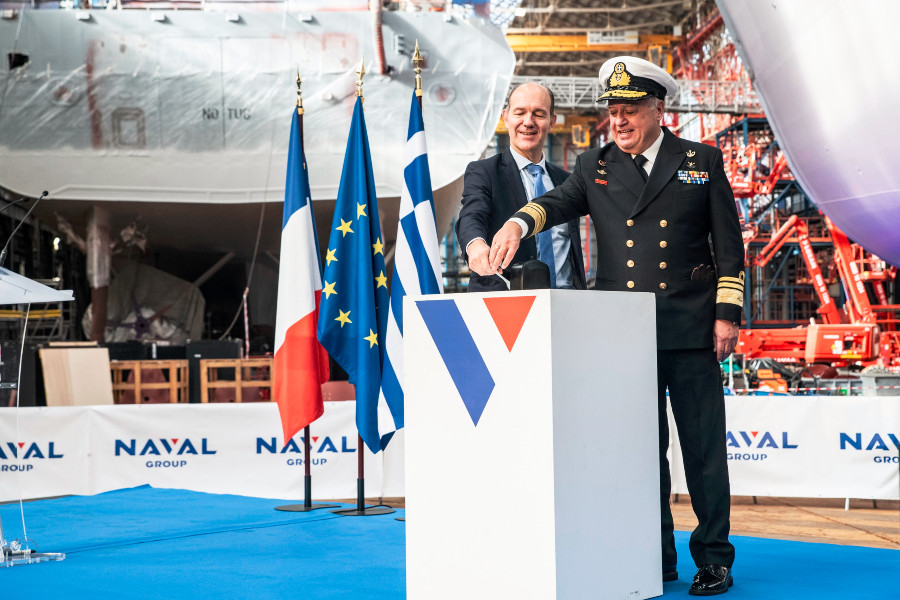 Naval Group is a partner to its customers' maritime sovereignty. An international player in naval defence and heir to French naval know-how, Naval Group develops innovative solutions to meet the needs of navies. Present throughout the entire life cycle of the ships, the group designs, builds, integrates and maintains submarines and surface ships, as well as their systems and equipment, through to dismantling. It also provides services for shipyards and naval bases. A high-tech company, it builds on its exceptional expertise, its unique design and production resources and its ability to set up strategic partnerships and successful transfers of technology. Attentive to the challenges of corporate social responsibility, Naval Group is a member of the United Nations Global Compact. With operations on five continents, the group has a turnover of 4.1 billion euros and employs 16028 people (full-time equivalents / 2022 data).