Delegations and representatives from friendly States met in Cherbourg on July 12 at the launching ceremony of Suffren, first of class new-generation nuclear attack submarine in the Barracuda family.

Linda Reynolds, the Minister for Defence of the Commonwealth of Australia, was the guest of the French President, Emmanuel Macron, and came on a two-day visit that included a meeting with Florence Parly, the French Defence Minister. The subjects discussed included ways of strengthening the defence bilateral relationship, especially in the Indo Pacific.

Ms Reynolds also met the Australian and French teams who have been working in Cherbourg on the design 12 conventional Barracuda-class submarines under the Australian Future Submarine contract won by Naval Group in 2016.

Standing beside Mr Macron to address those attending the ceremony, Ms Reynolds said, "Mr President, I’m very excited to be able to return home and tell all my countrymen how our ship will be. It is a great honour for me to be here today to officiate with you and visit the magnificent ship we are celebrating today.

Recalling the friendship and partnership between their countries and governments, Mr Macron said in his speech at the launch that "France will stand beside Australia and Naval Group in this contract" which seals "an essential alliance between our two nations in the Indo Pacific region".

Both defence ministers reaffirmed the shared commitment of their countries to the success of the submarine programme led by Naval Group within a partnership that "is going from strength to strength" said Ms Reynolds on Twitter.

Hervé Guillou, the Chairman and CEO of Naval Group, thanked Ms Reynolds for attending the launch and emphasised the importance of Barracuda, the "basis of a strategic partnership between France and Australia that is creating a common future for the next 50 years, to the sovereignty and regional control" of Australia.

More pictures of the ceremony: 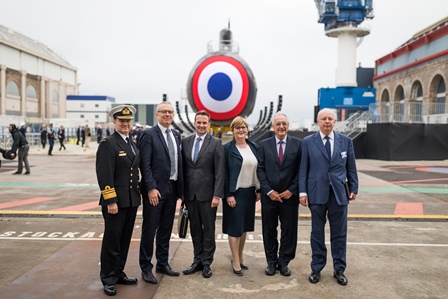 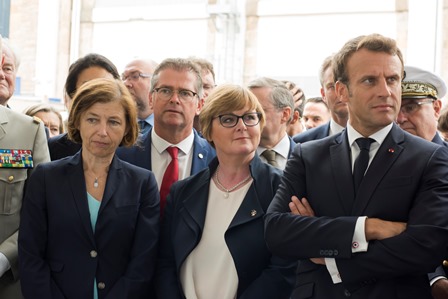 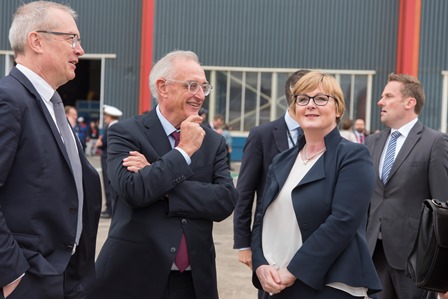 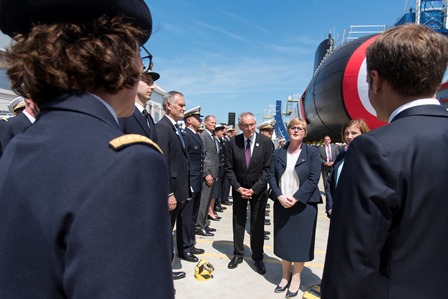