The temporary consortium formed by Chantiers de l'Atlantique and Naval Group has been notified of an order for four Logistic Support Ships (LSS) and of their first six years of operational maintenance. This order for the French Navy is part of the Franco-Italian LSS Program led by OCCAr*, the international Organisation for Joint Armament Co-operation, on behalf of DGA, the French Defence Procurement Agency, and of its Italian counterpart NAVARM. The delivery of these ships will take place between the end of 2022 and the beginning of 2029. A signing ceremony with the representatives of the stakeholders took place today.

These tankers, with a fuel capacity of 13,000 m3, have the mission to provide logistical support to the French and allied navies’ combat vessels. They will carry fuel for vessels, jet fuel for aircraft, weapons and ammunition, spare parts, as well as food. The ships will also be equipped with waste management solutions and repair workshops.

Their characteristics will adapt as well to their specific missions in support to the aviation group constituted around the aircraft-carrier Charles de Gaulle.

The design of the vessels will be based on the Italian LSS Vulcano (already under construction by Fincantieri), the first ship of the Italian-French Logistic Support Ship (LSS) program managed by OCCAR. The industrial organisation of this major program will mobilise the industrial capabilities of both nations.

"Through this order, our expertise in the design and construction of complex ships, civilian or military, is acknowledged once again," said Yves Pelpel, SVP, Naval Programs, Chantiers de l’Atlantique. "After the construction of the Mistral, Tonnerre and Dixmude LHD platforms, we are proud to contribute again, in partnership with Naval Group, to the modernisation of the French Navy's fleet.”

Naval Group is responsible for the design, supply and integration of the combat and military systems (aviation, ammunition, immunisation). The company is also responsible for certain functions such as cyber security, electromagnetic compatibility, etc. 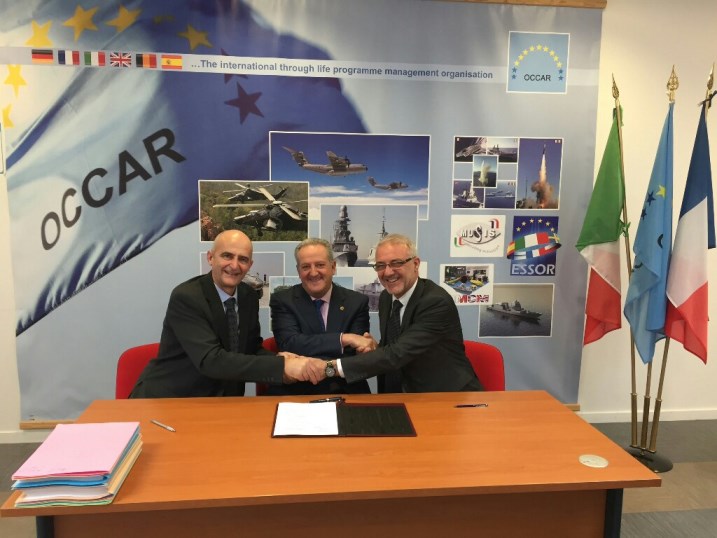 Main characteristics of the vessel