Exploring new on-board operational capabilities : this is the challenge addressed by the Naval Group teams in close collaboration with the French Defence Procurement Agency and the French Navy. Different design, development and deployment activities are centred around the integration of drones on board vessels. The challenge is a stimulating one: the projects are advancing quickly and new opportunities are opening up on the international markets.

The latest summary with Audrey Hirschfeld, Work Package Manager, who is working on the program for new operational capacities on amphibious helicopter carriers.

An area that is young and progressing rapidly

The adventure started in 2016. As a result of successful experiments on board the offshore patrol vessel L’Adroit, Naval Group installed a drone system on the amphibious helicopter carrier Dixmude. This was first deployed in stand-alone mode, i.e. without being linked to the combat system but controlled by a console developed by Naval Group and housed in a shelter on the flight deck. A second shelter, in the aviation hangar, was used for vehicle maintenance. “Our goal was to study the impact of its presence on board and evaluate the safety measures before expanding the range of its functions”, explains Audrey Hirschfeld.

The trials took place in May 2017, off the coast of Montpellier. “Gathered on the visual defence bridge, at dusk, all eyes fixed on the drone, we all held our breath until it took off”, recounts the engineer, recalling the emotion of the teams in front of the screens of the Operations Control Room, which showed the images from the drone’s camera. “It was our best reward”, she continues. With some great successes in the FREMM frigates and Gowind® corvette programs under her arm, Audrey was one of the first to join the project, attracted by the collective challenge. 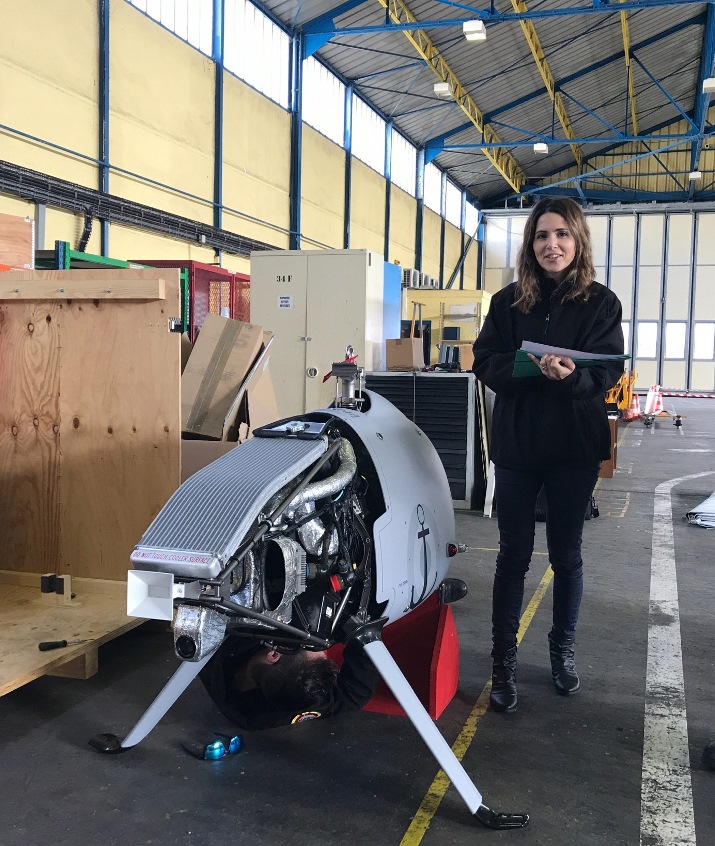 This first trial campaign has proven convincing: Naval Group has been entrusted with the study and sustainable integration of the drone system into the helicopter carrier’s combat system. Further campaigns confirmed the expectations. Embarked on the Corymbe mission in September 2017, in the Gulf of Guinea, followed by the Jeanne d’Arc campaign, the drone system gradually revealed its full potential for surveillance and reconnaissance missions.
“For spring 2019, we are preparing the deployment on the Dixmude. The drone system will comprise a new Naval Group console, a more extensive communication system and an additional airborne vehicle”, details Audrey Hirschfeld.

In the medium term, a complete drone system – with two airborne vehicles, new payloads – should equip each helicopter carrier. Integration on the Tonnerre is foreseen for 2020 and the deployment on board the Mistral could follow soon after, while at the same time offers on the international market are underway.

Living the adventure as part of a team

The activity brings together a wide spectrum of expertise on all group sites. “It is a prism that continuously opens into new fields, functions still to be invented. Our perspectives are very short term, sometimes just a few months. We are building the foundations in the field step by step, each day pushing back the limits and the constraints. It is the human factor that takes precedence in this challenge: each one of us is at the centre of the solutions of tomorrow”, concludes Audrey Hirschfeld. 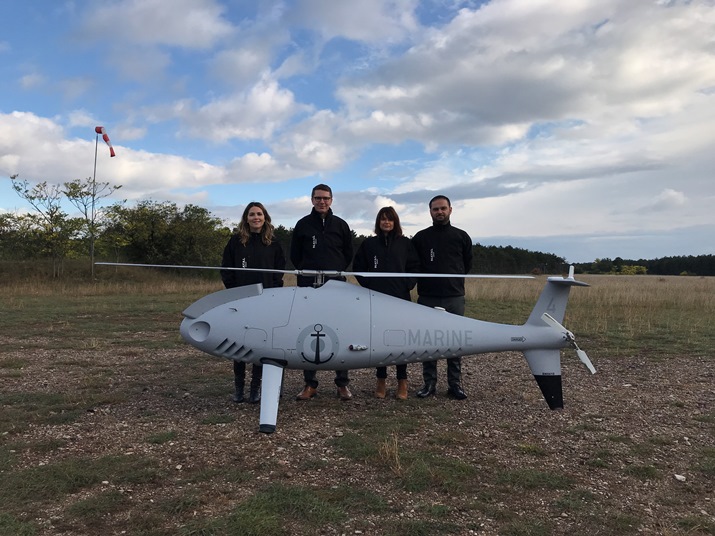